25. How Brer Rabbit Lost His Tail. Text Source: Uncle Remus, His Songs and His Sayings by Joel Chandler Harris. Online at Project Gutenberg. I have removed the frame material and standardized the spelling; click here for the original spelling plus all notes to the story.


HOW BRER RABBIT LOST HIS TAIL

One time Brer Rabbit was going along down the road shaking his big bushy tail, and feeling just as scrumptious as a bee-martin with a fresh bug. 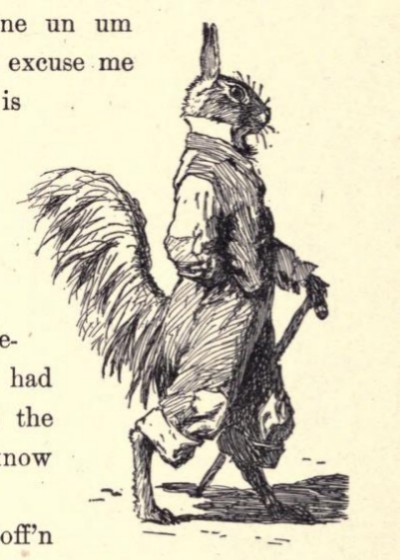 Old Brer Rabbit was going down the big road shaking his long, bushy tail, and feeling mighty biggity, when who should he strike up with but old Brer Fox going ambling long with a big string of fish! 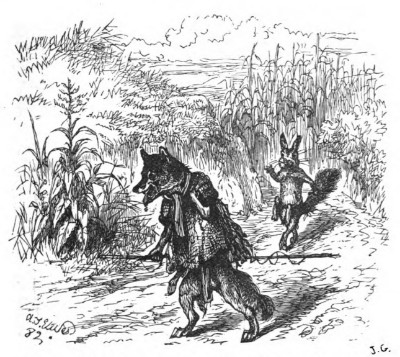 Right there's where Brer Rabbit drop his watermelon, 'cause he took and sat out that night and went a fishing. The weather was sort of cold, and Brer Rabbit, he got him a bottle of dram and put out for the creek, and when he get there he pick out a good place, and he sort of squat down, he did, and let his tail hang in the water. 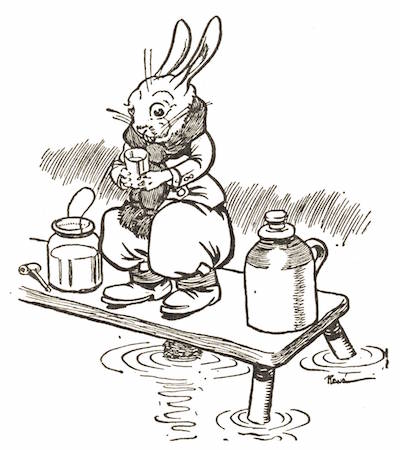 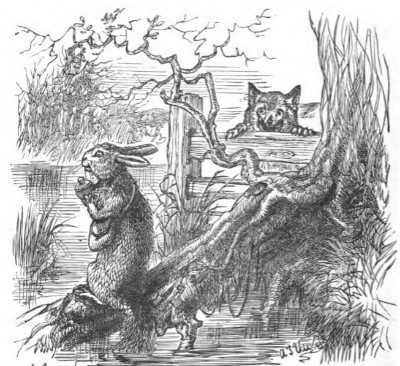 He make a pull, and he feel like he coming in two, and he fetch another jerk, and lo and beholds, where was his tail? 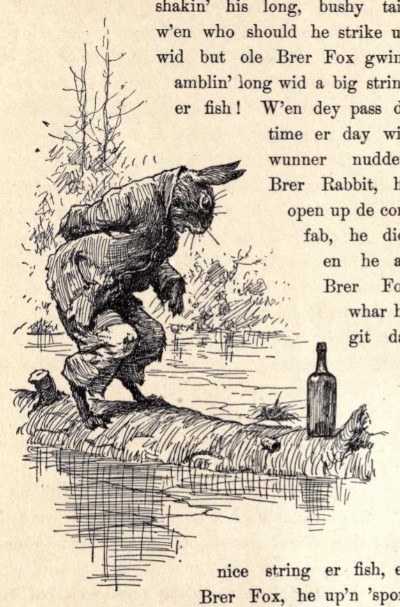 It come off, she did that! She did that, and that what make all there here bob-tail rabbits what you see hopping and skaddling through the woods. 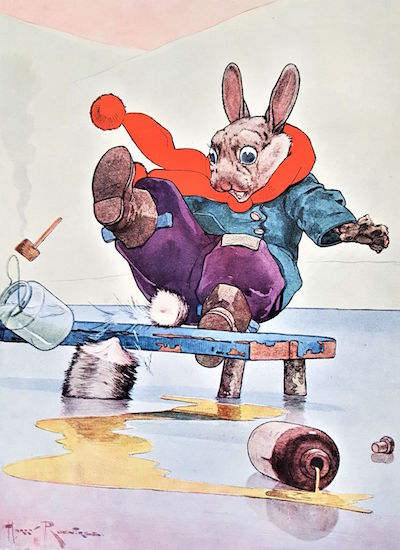 That's what they tells me. Look like they are pleased to take after their pa.