C005. The Elephant and the Crawfishes

5. The Story of the Deluge, and How It Came About. Text Source: Uncle Remus, His Songs and His Sayings by Joel Chandler Harris. Online at Project Gutenberg. I have removed the frame material and standardized the spelling; click here for the original spelling plus all notes to the story.


THE ELEPHANT and THE CRAWFISHES

One time, way back yonder, before you was borned—way back yonder before any of us was borned, the animals and the critters sort of electioneer round among theyselves, till at last they agreed for to have a assembly. In them days, critters had lots more sense than they got now; let alone that, they had sense same like folks. It was touch and go with 'em, too, man, and when they make up their minds what had to be done, it weren't more than mentioned before it was done.

Well, they elected that they have to hold a assembly for to sort of straighten out matters and hear the complaints, and when the day come they was on hand. 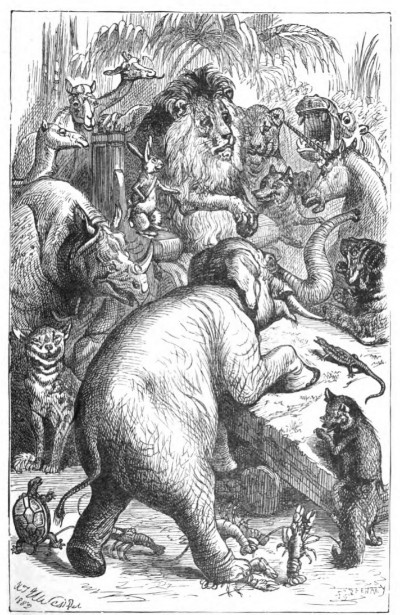 I can't scarcely call to mind exactly what they did do, but they spoke speeches, and hollered, and cussed, and flung their language 'round just like when master was going to run for the legislature and got left. Howsomever, they arranged their affairs, and explained their business. 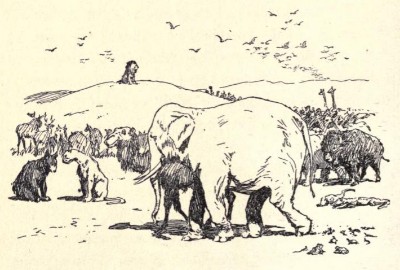 By and by, while they was disputing along with one another, the Elephant trampled on one of the Crawfishes. Course when that critter put his foot down, whatsomever's under there was bound for to be squshed, and there weren't enough of that Crawfish left for to tell that he'd been there.

This make the other Crawfishes mighty mad, and they sort of swarmed together and drawed up a kind of preamble with some wherefores in it, and read her out in the assembly. But, bless gracious! Such a racket was a going on that nobody ain't hear it, excepting maybe the Mud Turtle and the Spring Lizard, and their influence was powerful lacking.

By and by, whiles the Unicorn was disputing with the Lion, and while the Hyena was a laughing to hisself, the Elephant squshed another one of the Crawfishes, and a little more and he'd have ruined the Mud Turtle. Then the Crawfishes, what there was left of 'em, swarmed together and drawed up another preamble with some more wherefores; but they might as well have sung Old Dan Tucker to a hurricane.

The other critters was too busy with their fussing for to respond unto the Crawfishes. So there they was, the Crawfishes, and they didn't know what minute was going to be the next; and they kept on getting madder and madder and scareder and scareder, till by and by they begun to wink to the Mud Turtle and the Spring Lizard, and then they bored little holes in the ground and went down out of sight. 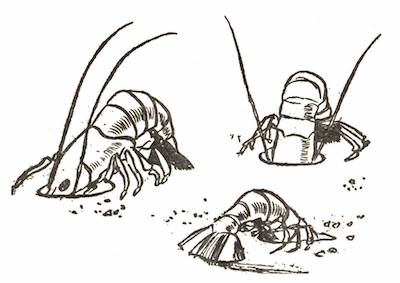 The Crawfishes, they bored into the ground and kept on boring till they unloosed the fountains of the earth; and the waters squirt out, and riz higher and higher till the hills was covered, and the critters was all drownded; and all 'cause they let on among theyselves that they was bigger than the Crawfishes. 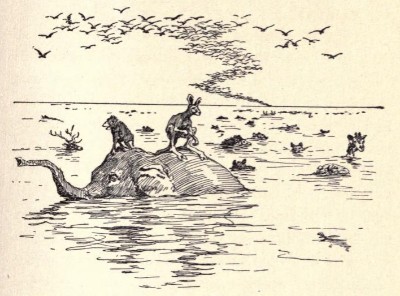