15. Mr. Fox Goes A-Hunting, But Mr. Rabbit Bags the Game. Text Source: Uncle Remus, His Songs and His Sayings by Joel Chandler Harris. Online at Project Gutenberg. I have removed the frame material and standardized the spelling; click here for the original spelling plus all notes to the story.


BRER RABBIT DEAD in the ROAD

By and by they begun to get kind of familious with one another like they used to, and it got so Brer Fox'd call on Brer Rabbit, and they'd sit up and smoke their pipes, they would, like no harsh feelings'd ever rested 'twixt 'em. 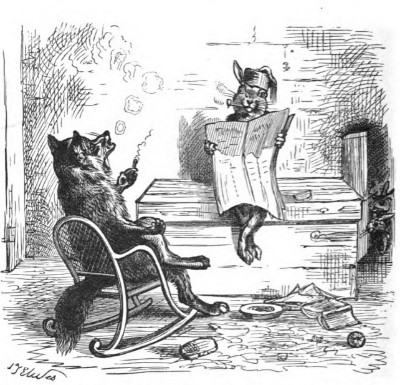 Last, one day Brer Fox come along all rig out, and ask Brer Rabbit for to go hunting with him, but Brer Rabbit, he sort of feel lazy, and he tell Brer Fox that he got some other fish for to fry. 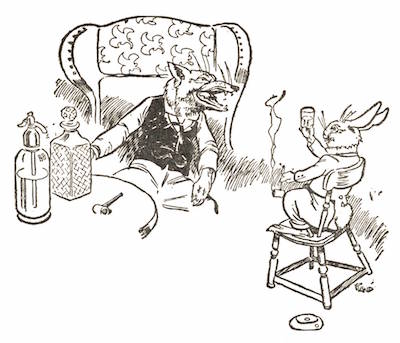 Brer Fox feel mighty sorry, he did, but he say he believe he try his hand anyhow, and off he put. He was gone all day, and he had a monstrous streak of luck, Brer Fox did, and he bagged a sight of game.

By and by, towards the shank of the evening, Brer Rabbit sort of stretch hisself, he did, and allow it's most time for Brer Fox for to get along home. 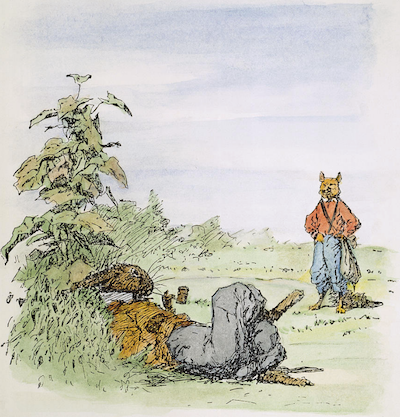 Then Brer Rabbit, he went and mounted a stump for to see if he could hear Brer Fox coming. He ain't been there long, till sure enough, here come Brer Fox through the woods, singing like a black man at a frolic. Brer Rabbit, he leaped down off of the stump, he did, and lay down in the road and make like he dead.

Brer Fox he come along, he did, and see Brer Rabbit laying there. He turn him over, he did, and examine him, and say, says he, "This here rabbit dead. He look like he been dead long time. He dead, but he mighty fat. He the fattest rabbit what I ever see, but he been dead too long. I feared to take him home," says he. 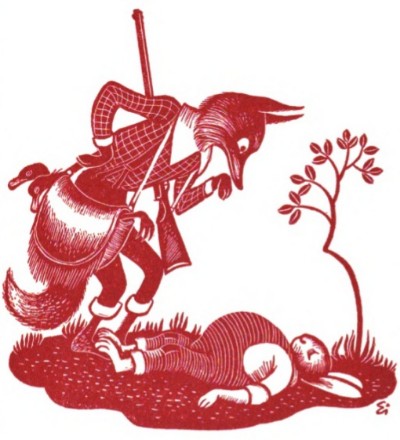 Brer Rabbit ain't saying nothing. Brer Fox, he sort of lick his chops, but he went on and left Brer Rabbit laying in the road. Directly he was out of sight, Brer Rabbit, he jump up, he did, and run round through the woods and get before Brer Fox again. 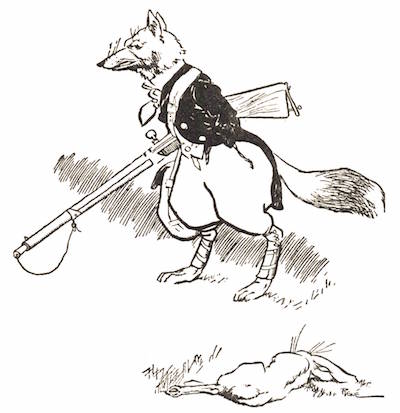 Brer Fox, he come up, and there lay Brer Rabbit, apparently cold and stiff. Brer Fox, he look at Brer Rabbit, and he sort of study. After while he unslung his game-bag, and say to hisself, says he, "These here rabbits goin' to waste. I'll just about leave my game here, an' I'll go back an' get that other rabbit, an' I'll make folks believe that I'm ol' man Hunter from Huntsville," says he. 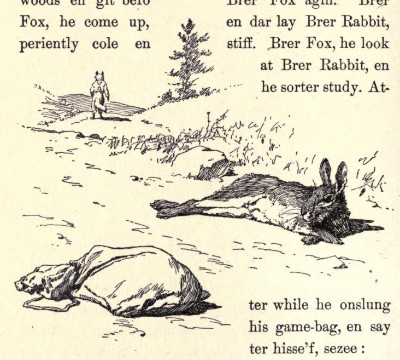 And with that he dropped his game and loped back up the road after the other rabbit, and when he got out of sight, old Brer Rabbit, he snatch up Brer Fox game and put out for home. 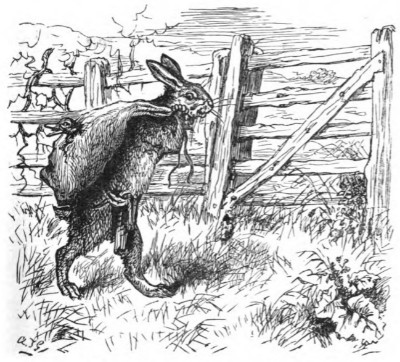 Next time he see Brer Fox he holler out, "What you kill the other day, Brer Fox?" says he.

Then Brer Fox, he sort of comb his flank with his tongue, and holler back, "I catch a handful of hard sense, Brer Rabbit," says he.

Then old Brer Rabbit, he laugh, he did, and up and respond, says he, "If I'd a know'd you was after that, Brer Fox, I'd a-loaned you some of mine," says he.