1. Uncle Remus Initiates the Little Boy. Text Source: Uncle Remus, His Songs and His Sayings by Joel Chandler Harris. Online at Project Gutenberg. I have removed the frame material and standardized the spelling; click here for the original spelling plus all notes to the story.


BRER RABBIT and the CALAMUS ROOT 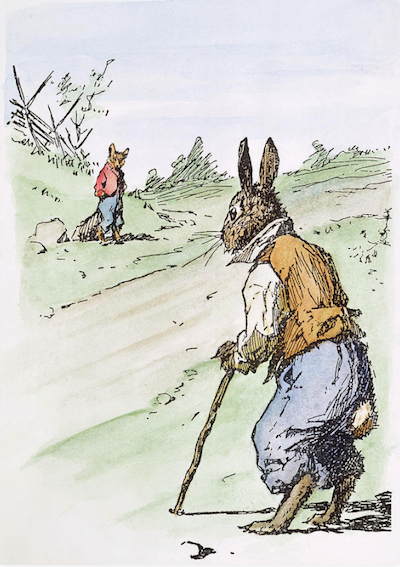 "I ain't got time, Brer Fox," says Brer Rabbit, says he, sort of mending his licks.

"I wan' to have some confab with you, Brer Rabbit," says Brer Fox, says he.

"All right, Brer Fox, but you better holler from where you stan'. I'm monst'ous full of fleas this mornin'," says Brer Rabbit, says he.

"I seed Brer Bear yesterday," says Brer Fox, says he, "an' he sort of rake me over the coals 'cause you an' me ain't make friends an' live neighborly, an' I tol' him that I'd see you."

Then Brer Rabbit scratch one ear with his off hind foot sort of dubiously, and then he ups and says, says he, "All a settin', Brer Fox. S'posin' you drop roun' tomorrow an' take dinner with me. We ain't got no great doin's at our house, but I 'spect the ol' woman an' de chilluns can sort of scramble roun' an' get up somethin' for to stay yo' stomach."

Next day, Mr. Rabbit and Miss Rabbit got up soon, before day, and raided on a garden, and got some cabbages, and some roasting ears, and some sparrow-grass, and they fix up a smashing dinner.

By and by one of the little Rabbits, playing out in the back yard, come running in hollering, "Oh, ma! Oh, ma! I seed Mr. Fox a comin'!" 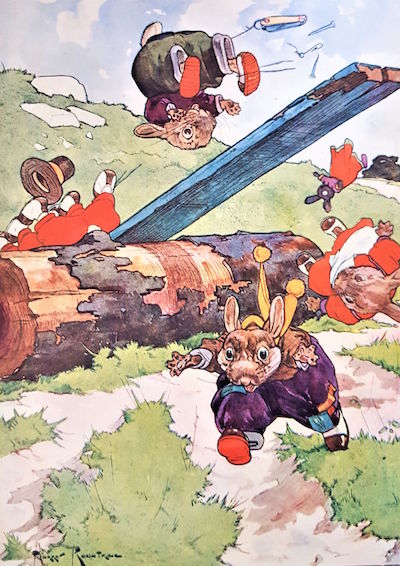 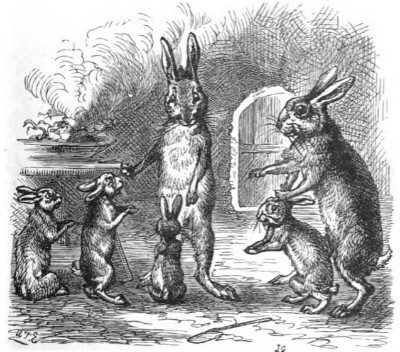 After awhile Brer Rabbit goes to the door, easy like, and peep out, and there, sticking from behind the corner, was the tip-end of Brer Fox tail. 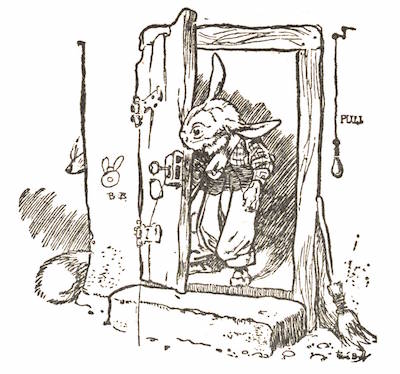 Then Brer Rabbit shut the door and sat down, and put his paws behind his ears and begin for to sing,

The place wher'bouts you spill the grease,
Right there you're boun' to slide,
An' where you fin' a bunch of hair,
You'll surely fin' the hide.

Next day, Brer Fox sent word by Mr. Mink, and excuse hisself 'cause he was too sick for to come, and he ask Brer Rabbit for to come and take dinner with him, and Brer Rabbit say he was agreeable.

By and by, when the shadows was at their shortest, Brer Rabbit he sort of brush up and saunter down to Brer Fox's house, and when he got there, he hear somebody groaning, and he look in the door and there he see Brer Fox setting up in a rocking-chair all wrap up with flannel, and he look mighty weak. 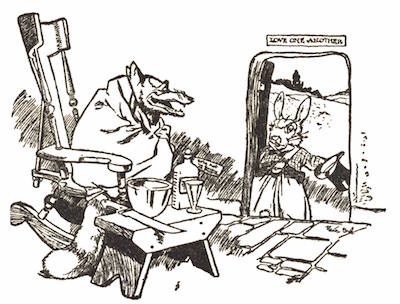 Brer Rabbit look all round, he did, but he ain't see no dinner. The dish-pan was setting on the table, and close by was a carving knife. 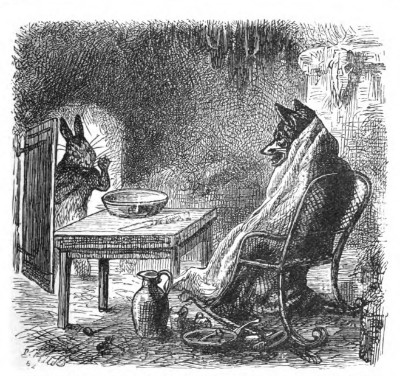 "Look like you goin' to have chicken for dinner, Brer Fox," says Brer Rabbit, says he. 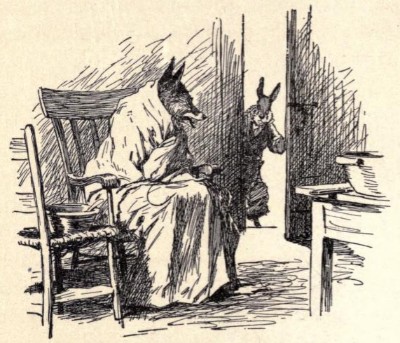 Then Brer Rabbit sort of pull his mustache, and say, "You ain't got no calamus root, is you, Brer Fox? I done got so now that I can't eat no chicken 'ceptin' she's seasoned up with calamus root."

And Brer Fox ain't never catch him yet, and what's more, he ain't going to. 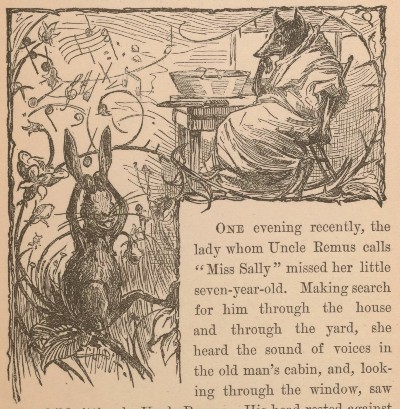