4. How Mr. Rabbit Was Too Sharp for Mr. Fox. Text Source: Uncle Remus, His Songs and His Sayings by Joel Chandler Harris. Online at Project Gutenberg. I have removed the frame material and standardized the spelling; click here for the original spelling plus all notes to the story.


BRER RABBIT and the BRIER-PATCH

When Brer Fox find Brer Rabbit mixed up with the Tar-Baby, he feel mighty good, and he roll on the ground and laugh.

By and by he up and say, says he, "Well, I 'spect I got you this time, Brer Rabbit," says he; "maybe I ain't, but I 'spect I is. You been runnin' roun' here sassin' after me a mighty long time, but I 'spect you done come to the en' of the row. You been cuttin' up yo' capers and bouncin' 'roun' in this neighborhood till you come to b'lieve yo'se'f the boss of the whole gang. An' then you off always somewheres where you got no business," says Brer Fox, says he. "Who ask you for to come and strike up a 'quaintance with this here Tar-Baby? An' who stuck you up there where you is? Nobody in the roun' worl'. You jus' took and jam yo'se'f on that Tar-Baby without waitin' for any invite," says Brer Fox, says he, "an' there you is, and there you'll stay till I fixes up a brush-pile an' fires her up, 'cause I'm goin' to barbecue you this day, sure," says Brer Fox, says he. 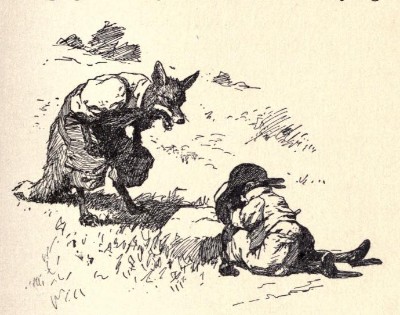 "Hang me just as high as you please, Brer Fox," says Brer Rabbit, says he, "but do for the Lord's sake don't fling me in that brier-patch," says he. 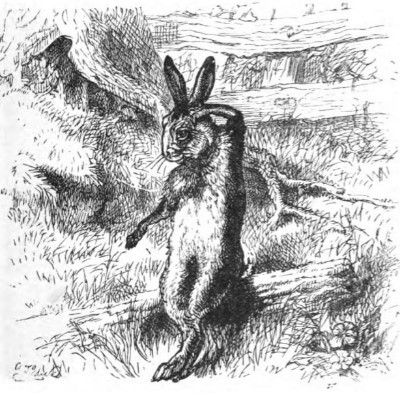 "Drown me just as deep as you please, Brer Fox," says Brer Rabbit, says he, "but do don't fling me in that brier-patch," says he.

"Skin me, Brer Fox," says Brer Rabbit, says he, "snatch out my eyeballs, tear out my ears by the roots, and cut off my legs," says he, "but do please, Brer Fox, don't fling me in that brier-patch," says he.

Course Brer Fox want to hurt Brer Rabbit bad as he can, so he catch him by the behind legs and slung him right in the middle of the brier-patch. 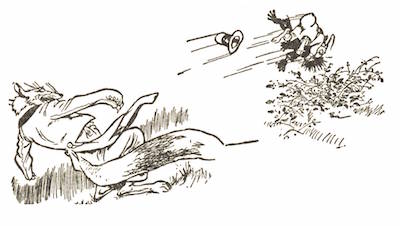 There was a considerable flutter where Brer Rabbit struck the bushes, and Brer Fox sort of hang 'round for to see what was going to happen.

By and by he hear somebody call him, and way up the hill he see Brer Rabbit sitting crosslegged on a chinkapin log combing the pitch out of his hair with a chip. Then Brer Fox know that he been swap off mighty bad. 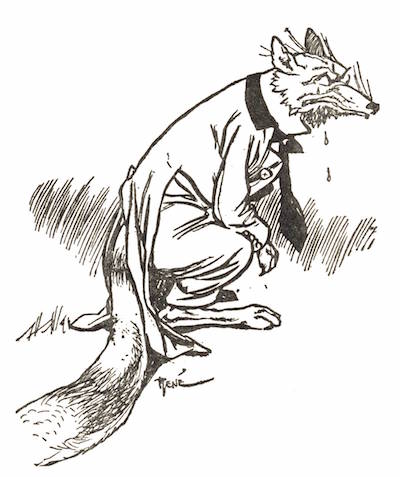 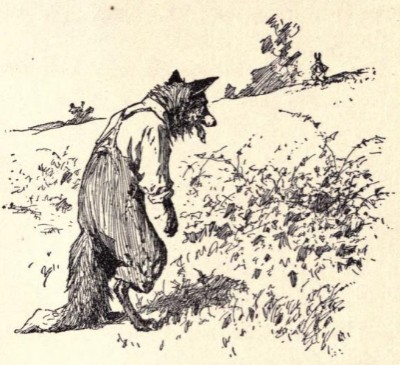 
And with that he skip out just as lively as a cricket in the embers. 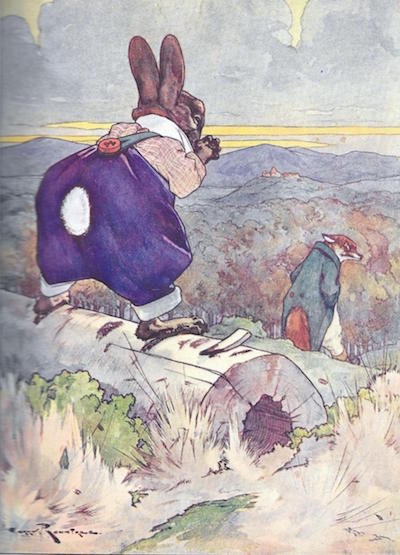