C021. Rabbit, Buzzard, and the Gold Mine


BRER RABBIT, BRER BUZZARD and the GOLD MINE

One time Brer Rabbit and old Brer Buzzard concluded they'd sort of go shares, and crop together. It was a mighty good year, and the truck turn out monstrous well, but by and by, when the time come for dividing, it come to light that old Brer Buzzard ain't got nothing. 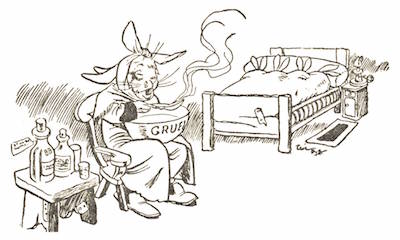 The crop was all gone, and there weren't nothing there for to show for it. Brer Rabbit, he make like he in a worse fix than Brer Buzzard, and he mope 'round, he did, like he feared they going to sell him out. 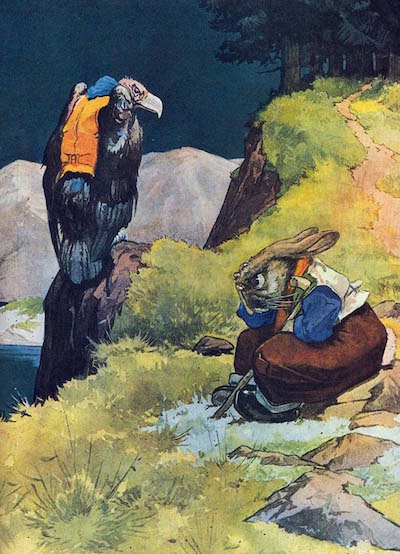 Brer Buzzard, he ain't saying nothing, but he keep up a monstrous thinking, and one day he come along and holler and tell Brer Rabbit that he done fine rich gold-mine just across the river.

"You come an' go 'long with me, Brer Rabbit," says Brer Turkey Buzzard, says he. "Ill scratch an' you can grabble, an' between the two of us we'll make short work of that gold-mine," says he.

Brer Rabbit, he was high up for the job, but he study and study, he did, how he going to get across the water, 'cause every time he get his foot wet all the family catch cold. 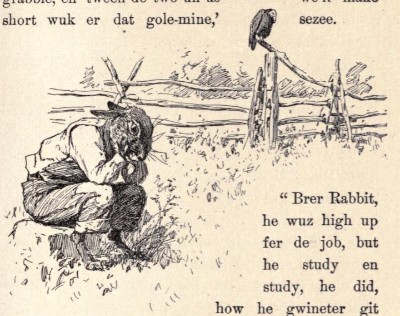 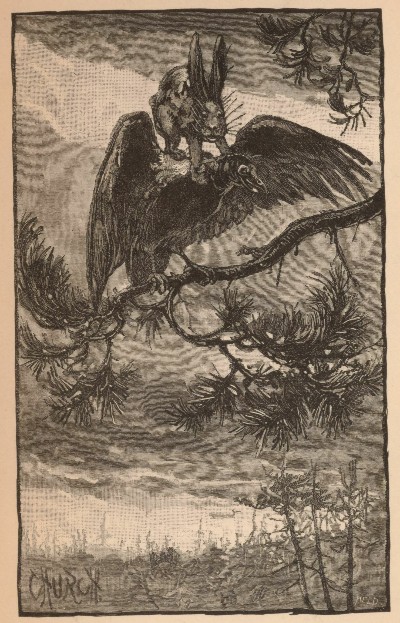 They riz, and when they lit, they lit in the top of the highest sort of pine, and the pine what they lit in was growing on an island, and the island was in the middle of the river, with the deep water running all 'round. 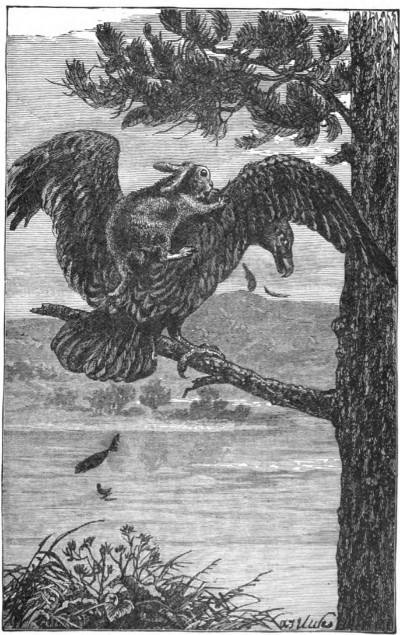 They ain't more than lit before Brer Rabbit, he know which way the wind was blowing, and by the time old Brer Buzzard got hisself balance on a limb, Brer Rabbit, he up and say, says he, "Whiles we are restin' here, Brer Buzzard, an' bein's you been so good, I got somethin' for to tell you," says he. 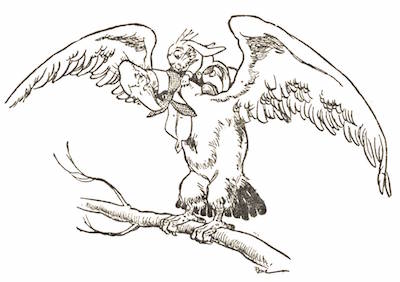 "I got a gold-mine of my own, one what I make myself, and I 'spect we better go back to mine before we bother along with yourn," says he. 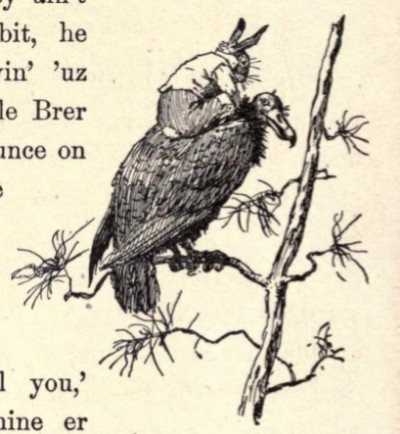 Then old Brer Buzzard, he laugh, he did, till he shake, and Brer Rabbit, he sing out, "Hold on, Brer Buzzard! Don't flap your wings when you laugh, 'cause then if you does, something'll drop from up here, and my gold-mine won't do you no good, and neither will yourn do me no good."

But before they got down from there, Brer Rabbit done told all about the crop, and he had to promise for to divide fair and square. So Brer Buzzard, he carry him back, and Brer Rabbit he walk weak in the knees a month afterwards. 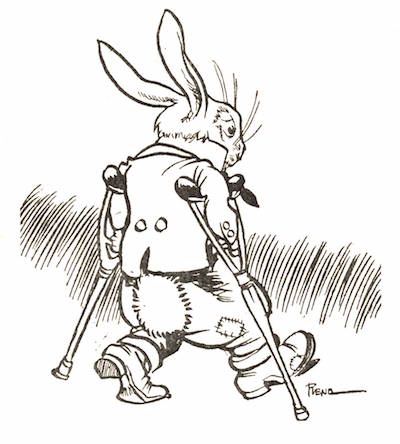 (image source)
Posted by Laura Gibbs at 9:15 AM