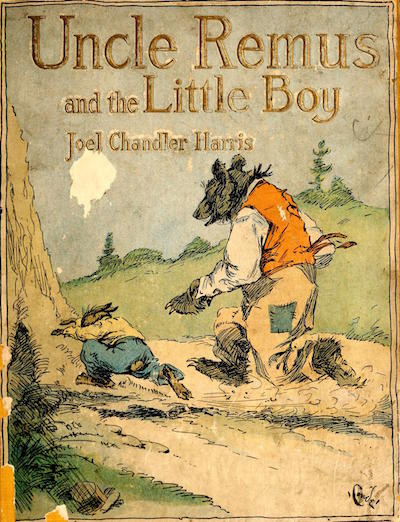 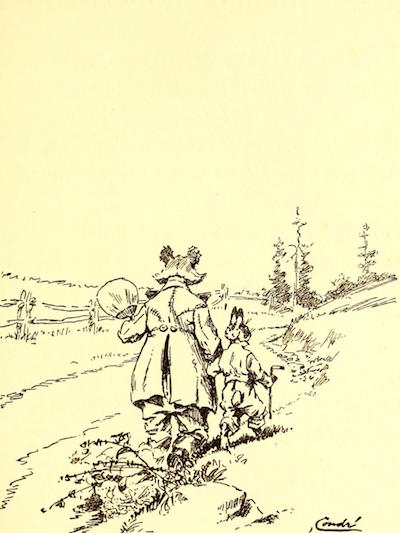 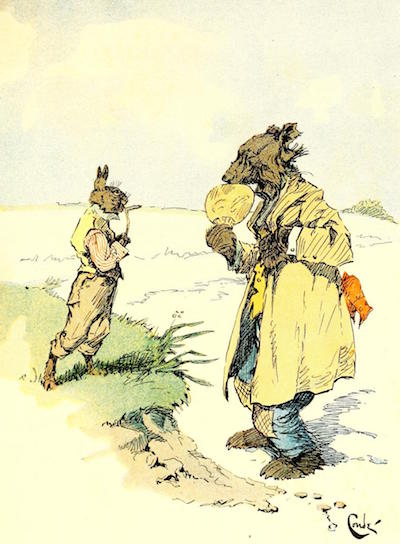 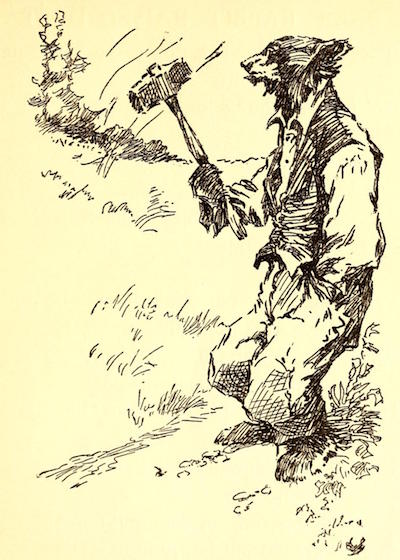 (verse version)
Bear ready to try to raise some dust with the hammer; he is not included in the prose story. 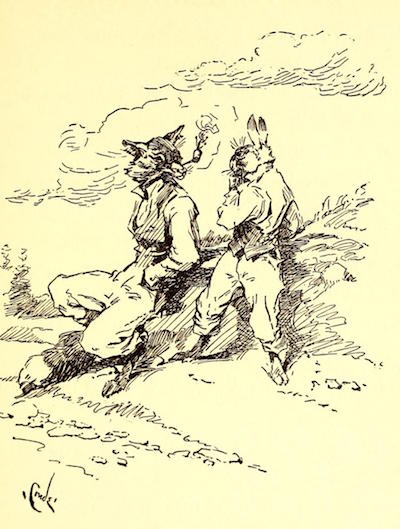 (verse version)
Rabbit, not Turtle, tricks fox; in the prose story, the Rabbit appears only at the end to talk with Brer Turtle